What to do with surplus vine leaves...

So, today I was chopping lumps off plants that had somehow become huge since I pruned them in the autumn. And there were a lot of nice big leaves on the vine that is twice the size of the other two put together, although they were all planted the same day. So I picked about 18 nice big ones. 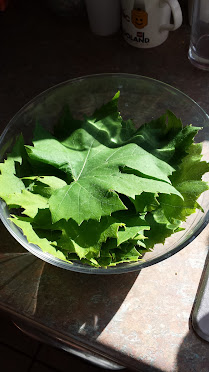 I blanched them with boiling water. 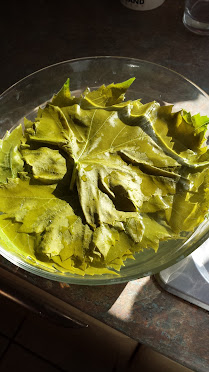 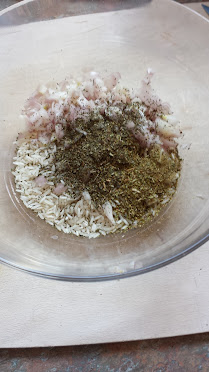 And began to stuff the leaves. Roll the near side over the rice, turn the sides in, and finish rolling. You'll soon get it. 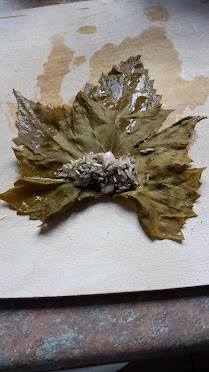 Pack them closely in a pan. 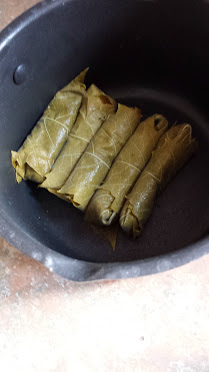 Cover them with water, and a bit of olive oil, and weigh them down. Bring to the boil, and simmer for about half an hour. 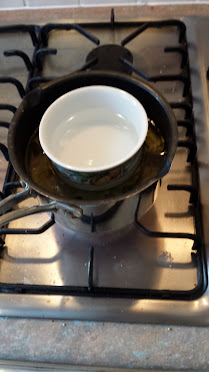 Nice with some halloumi and a bit of a salad. Sorry about this picture; it was a bit dark in the dining room. 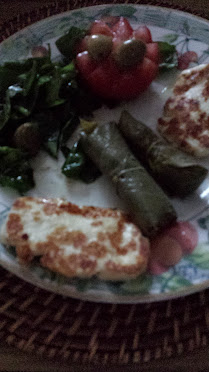