I thought it only polite to tell Matt Barrett about my last post, about one of the Greek ways of serving sardines, sardeles pastes, and ask him if I had anything wrong.

That was great! So these sardines you bought, were they the big California sardines? Maybe 6 or 7 inches long? If so they would be difficult to make into pastes and were probably frozen and then thawed to be sold. Or maybe they were smaller and from the Med. But I am impressed that you did it.

Seeking smaller sardines, I had another look on the Tesco fresh fish counter today. All the fish that were labelled sardines were about 6 to 8 inches long. But a sardine, apparently can be one of several species. And so, seemingly, can the smaller fish known as sprats. Both get described as small, oily fish.

Tesco had sprats, so I bought half a kilo. I didn't ask for that weight, just "a couple of big handfuls". They are delicious the way I usually prepare them, fried in a little olive oil, so they seem likely to be good as pastes. They also have the major merit of being incredibly cheap, £1.52 for 505 grams has to be a hard food price to beat. Here they are, with the dried out salt from the previous experiment. 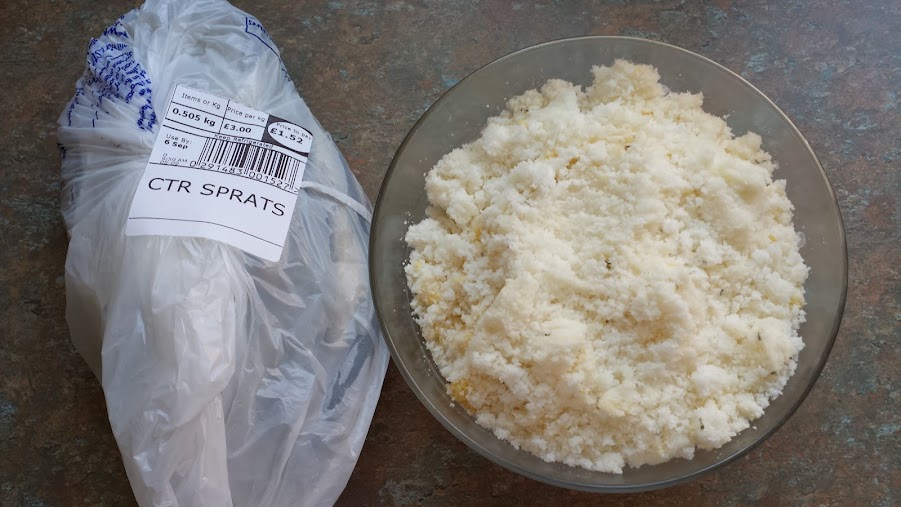 I unpacked them and washed them. Thirty-four nice little fish, all about the right size to be sardines, and looking very much like smaller versions of the ones in the previous post. 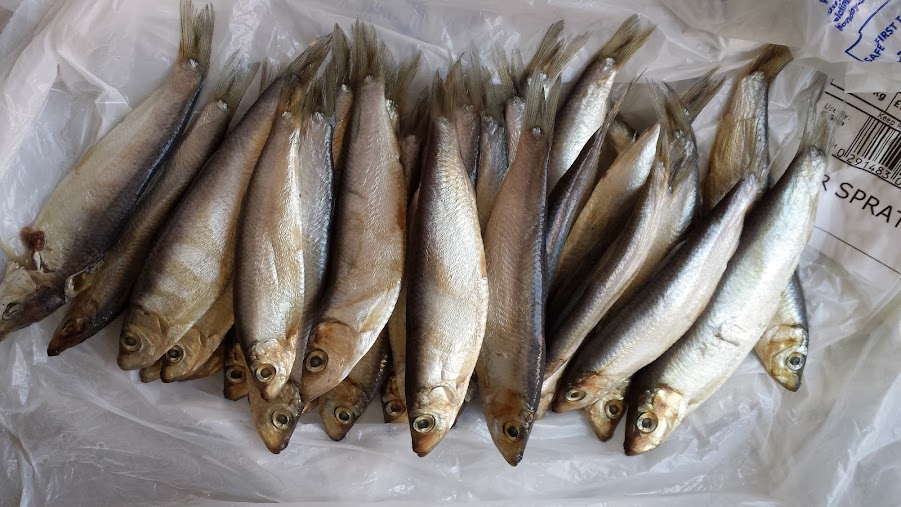 Selecting a suitable container, I put in a layer of the once-used salt, and began putting fish in. After a couple of layers, they looked like this. [Isn't this exciting?] 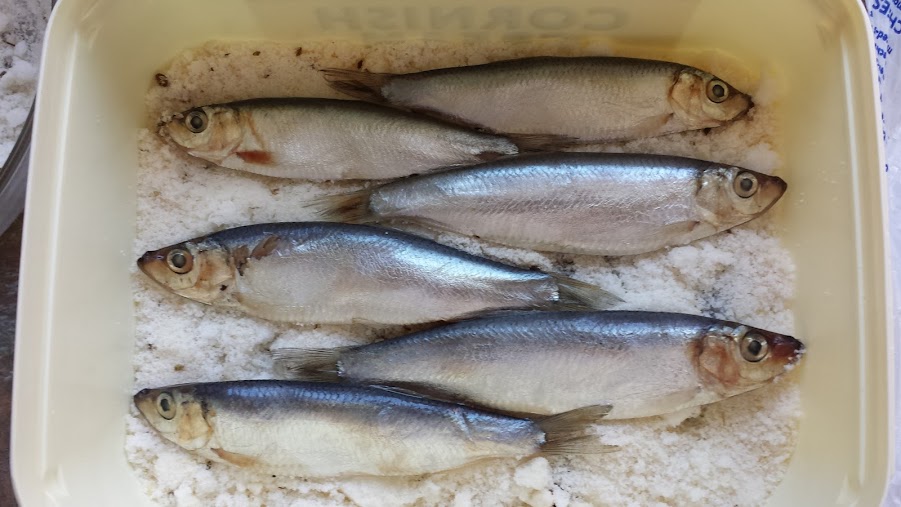 I've left the heads on, and cleaning that many tiny fish would have been way too much like hard work, so they are intact. Given the way the bones are arranged around the guts, nothing I don't want to eat should get onto the plate when I separate them using Matt's highly scientific method.

Now, we will wait and see. I shall try the first ones out tomorrow. There are too many to eat in a single session, and I don't want them to remain in the salt for more than a couple of days, as they'll probably become too dry. So, I'll probably fillet the rest and preserve them in some nice olive oil. I'll be able to have a few for a snack when I feel like it, if that works.

#sardines
Posted by Doctor Dark at 14:21