I fancied a different kind of bread today, so I searched out a recipe I had saved from the Observer Magazine back in 2009. It's wondrously easy to make focaccia, and it doesn't take all that long, either. The results certainly look impressive.... 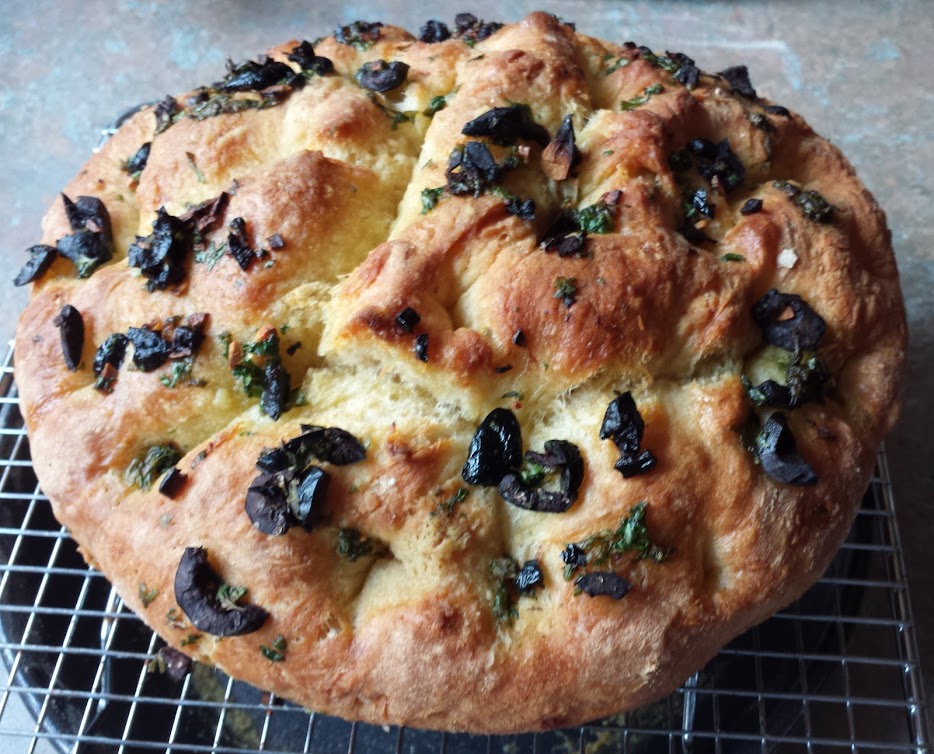 The recipe is a Nigel Slater one, but it's very similar to all the other focaccia recipes I looked at. You need bowl to mix it in, a container to bake it in and a worktop to knead it on.

The container needs to be a couple of inches, or 5cm, deep, and about ten inches, or 24cm across. I used a round one, but use what you have....


Mine came out like this. I was hoping for more variation in the size of the holes, but maybe there are bigger ones further in. The olives and garlic on top seem a little bit crisp, but I'm pretty pleased with this one. 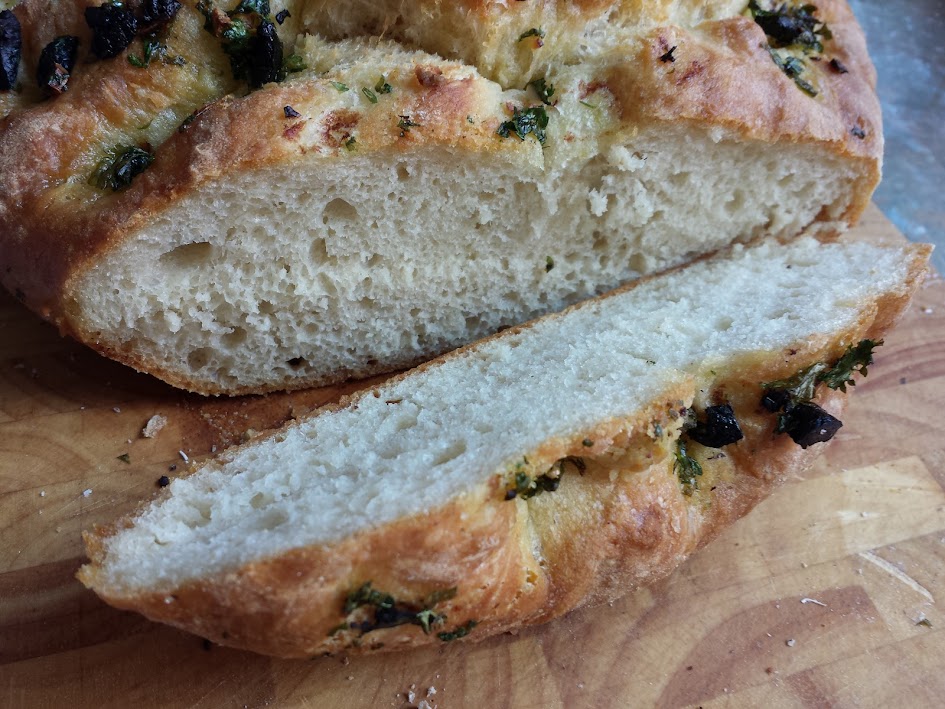