A day in the life of a foodie.

Storm Imogen seems to be gradually petering out, and we are still perched here, near the top of the hill. No doubt, storm Peter will be upon us too soon. A good night's sleep, without the howling gale that seems to have been going on since November, would be such a fine thing, but the wind's increasing now, so I will probably go bonkers quite soon, and miss out on the sleep altogether. 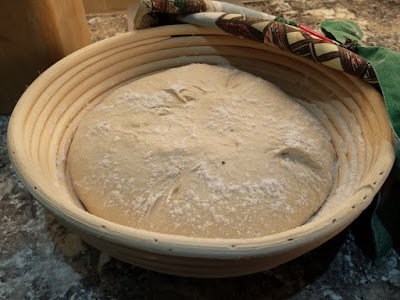 Today was a very foodie sort of day. Here's a white loaf, preparing itself for the oven, in its cosy proving basket. 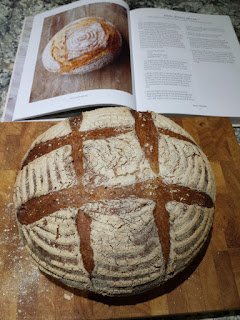 It turned out like this, after the usual manipulations of the baking stone and the splosh of water. I think it looks ever so slightly more artistically correct than the one in the book. 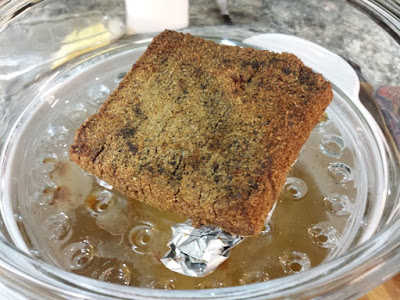 The pastrami I started five days ago was sufficiently brined to go on to its next stage. I dried it, coated it in ground coriander, with much less ground black pepper than last time, and steamed it for almost four hours. This time, it was tender... 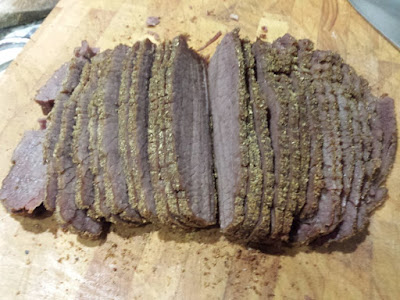 Here it is, sliced as thinly as I could manage without breaking the slices (apart from that one on the left), and ready to be packed up. A £5 piece of brisket has turned into at least £10 worth of pastrami, and the tenderness and flavour are much improved on my first go. 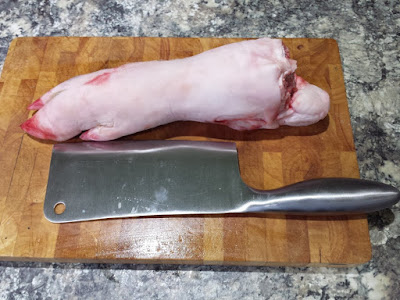 I am preparing to make my first ever raised pork pie. That will need pork jelly to fill the gaps between the meat pieces. So, this is a pig's trotter. I split it, in an act of extraordinary violence, then added water, celery, carrot, bay and would have added thyme if we hadn't run out of it. Bring it to the boil, and simmer until it falls to pieces, basically. 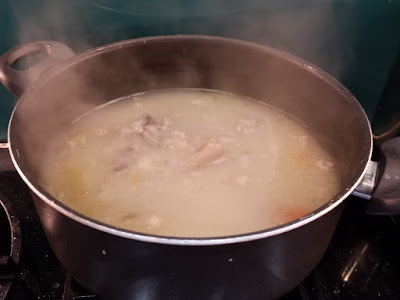 Like this. Then, strain out all the solids, and put it in the fridge once it's cool. It has to set. If it doesn't, one can boil it up again, of course. Here's a video of me, testing to see if the jelly has set. Yes! It might yet need further reduction, as there seems to be a lot, from a single trotter! 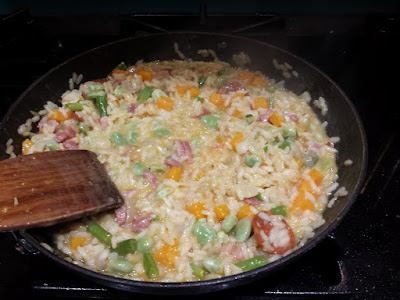 This? It's the risotto I made for my tea. Bacon, chorizo, shallot, garlic, beans and beans, butternut squash, arborio rice, cheese, and some of the lovely chicken stock from the two chickens I cut up the other day. Om nom nom, as the saying goes.
Posted by Doctor Dark at 00:23

None of the 1500+ followers ever leaves a comment or clicks any of the adverts. What is that about?