Did I forget to mention the Pastrami? 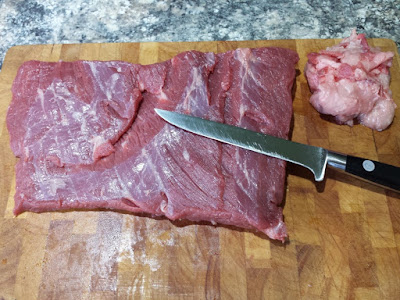 I think I did forget to tell you about this. It started with a nice bit of brisket from the Tesco meat counter, all rolled up, tied, and ready to roast. I took the string off, opened it out, and removed as much fat as I could. 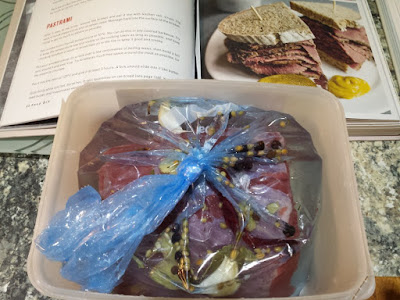 Next, I made up a brine cure, for it, following the suggestions in "Food DIY" for the choice of spices. There's 200g of salt and 100g of sugar in the cure, all boiled up and allowed to cool. That went into the fridge for six days, with fairly regular shaking to help things along. After that, the meat was drained and dried, before being coated with freshly ground black pepper and coriander seeds. 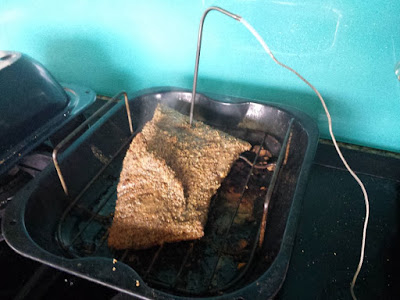 The next step is to hot smoke the meat over wood chips, until the internal temperature is 75°C. I used a probe thermometer to make sure I got this right. I nearly ruined the roasting tin, while doing this. Since then, I've bought a galvanised dustbin, so I can do hot smoking outdoors, and not destroy things. After that, the meat gets steamed for at least three hours. 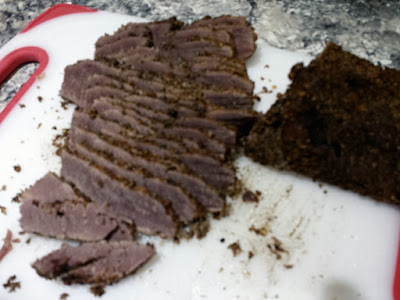 My apologies for the rather badly out of focus picture of the sliced meat after I steamed it. I was overcome by the excitement, and anticipation of a nice pastrami sandwich. There should really have been rye bread for that, but there wasn't. Never mind. It was a nice sandwich. 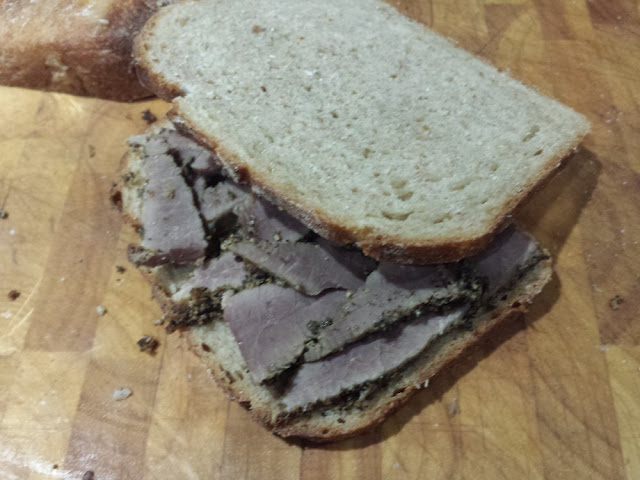