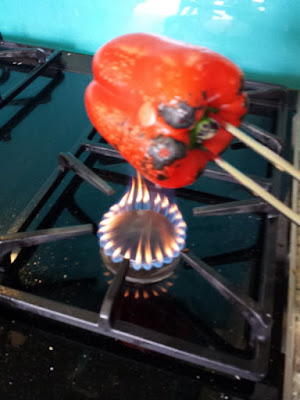 Lamb Tagine needs harissa, and I didn't have any in the fridge, so I made a batch. This is the red pepper being roasted so that it can be skinned. You just keep it in the flame, twisting and turning, until its skin is blackened in most places, before putting it in a plastic bag to cool. It will take ages to cool, and if you try to do anything with it before it has done, it will injure you with the steam from inside. 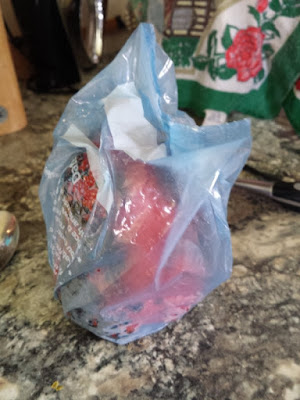 Here's the pepper, waiting to scald the careless cook. Once it is cool, it has to be peeled, or you can look at it as scraping the cooked flesh off the burnt skin. The resulting chunks of cooked red pepper flesh should be chopped up. I didn't chop this one, and discovered that the big chunks can somehow avoid the blades of the blender completely. I ended up having to fish them out and chop them. 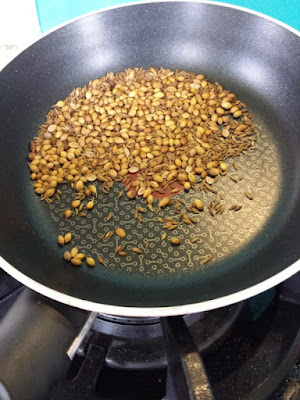 Here are the coriander, cumin and caraway seeds, being toasted. Since I'm not giving you the full recipe, you can look at it here. There's also chilli, garlic, lemon juice, and tomato paste in the harissa. 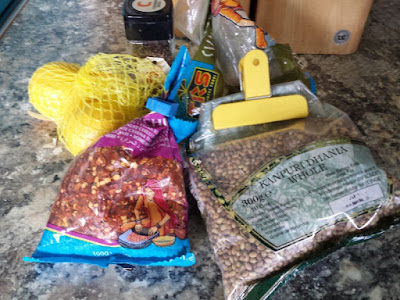 For some reason, no fresh chillis had grown in the garden, or appeared in the fridge, so I used dried ones, revitalised with some boiling water. 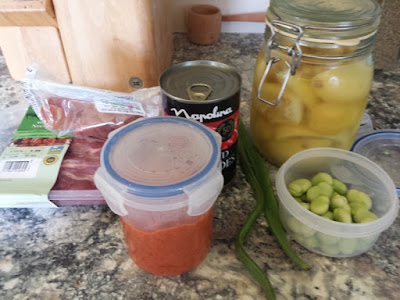 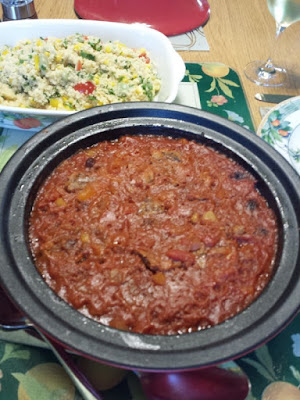 The tagine recipe is very similar to this Nigel Slater one. He must have a lot of money, to be able to put saffron in something that will totally obscure the flavour and colour, I think. My secret ingredient, that he doesn't use, is preserved lemons, which you can see in the jar, here. They are wonderfully lemony, and you can taste them in the finished dish. They are also rather salty, so no extra salt is needed in the dish.


The cous cous is a good accompaniment for the tagine, but everyone seems to know their own way to make it. This one had our first broad beans in it, and a couple of runner beans.

Yes, thank you, I did enjoy it! 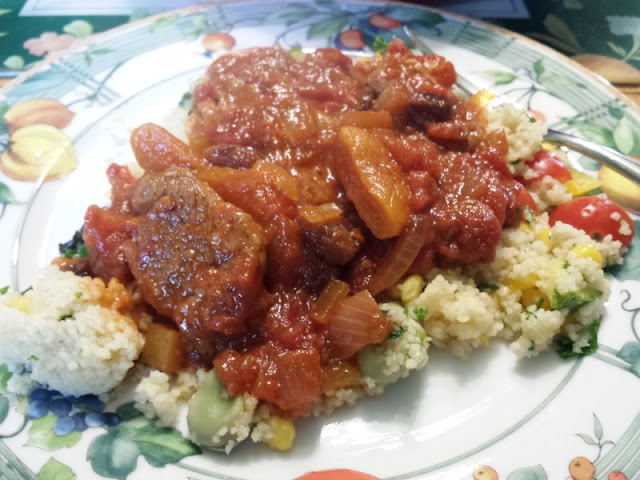