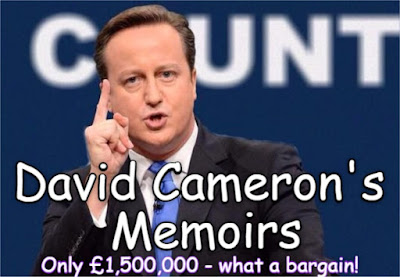 The country has let me down, you know. Let me be quite clear on this; you have let me down, all of you, and I'm so disappointed I have resigned, and will now be able to take many more holidays with my money in Panama. 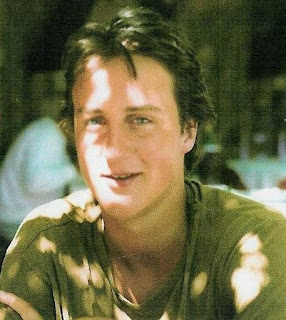 I bet you didn't even know that my clever old Dad practically invented tax dodging, which is really called efficient money management, of course. Because of him, I was born very well off, and had quite a struggle to make my way in the world.

When I was young, people realised I was extremely clever, and a jolly nice sort, and Dad sent me off to Eton, so he could enjoy my company. While I was there, there was absolutely no trouble of any kind, and there was certainly nothing about cannabis.

And, you know, going to Eton was quite surprisingly useful, as it let me get into Oxford University to continue my education afterwards. Hardly anyone realises that one simply has to do that sort of thing, no matter how easy one finds it. You must ignore my good friend, Lord Ashcroft, who says in his book, which isn't as wonderful as mine, that I behaved dreadfully at Oxford. He pretends that I used to spend a lot of time with James Delingpole, smoking cannabis, and listening to Supertramp. [1] 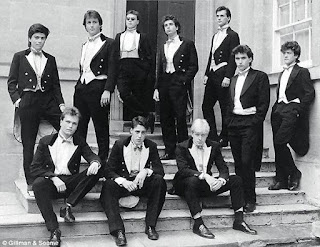 Now, listen, it's jolly obvious that none of that is true, as I actually joined a club of people who understood that money had no great importance, and spent a lot of time appreciating fine wines. Or spent time appreciating a fine lot of wine. It was something like that, as far as I can remember. Take no notice of my fine friend, Alexander Boris de Pfeffel Johnson, who says the Bullingdon club was "a truly shameful vignette of almost superhuman undergraduate arrogance, toffishness and twittishness". He forgets that we would generously give the ashes of fifty pound notes to beggars, and besides, good friend though he has always been, he is a bit Turkish in origin, and can't really be trusted at all, about anything.

Because Oxford showed everyone how clever I was, I became a member of the Conservative Party. And I was elected as an MP, for Witney, a place that had previously had a Labour MP in 1999. The country clearly needed me, and I soon became leader of the Conservative Party, and then Prime Minister. That's the most important job of all, so the country was jolly lucky to get me. And, you know, I was jolly pumped by all that, and went around making lots of pledges, vows, and promises. When the time came, and I hadn't fulfilled any of them, I simply had all trace of them deleted from the Internet. [3] After I explained how this would help to clear up the mess I claimed Labour had made, especially the financial disaster they caused, not bankers, everyone was very pleased. 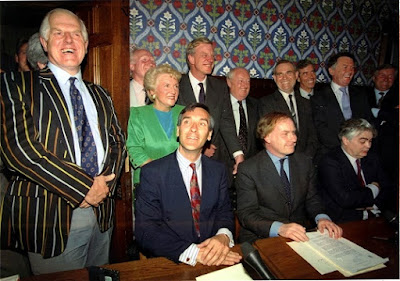 You can't keep all the chaps happy all the time, of course, and a large part of my united Conservative Party hated Europe,  and had been complaining about it ever since we went in, in 1975. [4] I was keen to unite my wonderful party, and decided to call an advisory referendum, in order to show these chaps who was the boss. Letting the public imagine they are having a democratic choice about things was an awfully wizard wheeze. I was bound to win this one, you see. Then everyone would unite behind me, preferably without their usual knives, and all would be well within my Europe. Gosh, I was jolly pumped!

I wasn't too bothered by the shocking lies being told by the frog-faced fellow, Garage (ghost writer, please check this name) and good old Boris, and completely unconcerned by the way some quite nasty racists were joining in with the #Brexit campaign, as they were calling it. Naturally, it would have been undemocratic of me to intervene, and attempt to counteract their lies in any way, especially as they pointed out that we didn't need any experts warning us about the dire consequences of leaving. 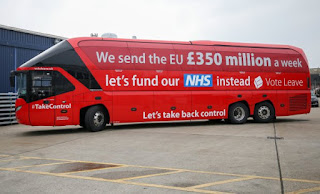 I was certain people would understand that this was not a vote about getting rid of coloured people and Muslims. And we didn't need an expert to tell us they couldn't possibly win by driving round in a bus with a huge lie on the side. I knew £350m was the wrong figure, you see, and we were working hard to dismantle the NHS, so why would we spend money on that?

On June 24th, I found that the public had betrayed me, as a quarter of them had voted to leave the EU, in spite of me doing almost nothing at all to explain all the huge advantages of staying in.

So, rather than bothering to sort out the utter mess I had made, I just resigned to spend more time with my money.


[1]  Lord Ashcroft's book that Isabel Oakeshott wrote for him.
[2]  Wikipedia: The Bullingdon Club
[3]  Rewriting history to make me look super.
[4]  The Tory split on Europe.