We start this episode of our 423 part series with a picture, not of a Dear Leader, but a statue of one. Here are some North Koreans bowing to a statue of Kim Il Thingy, made of expensive looking metal. 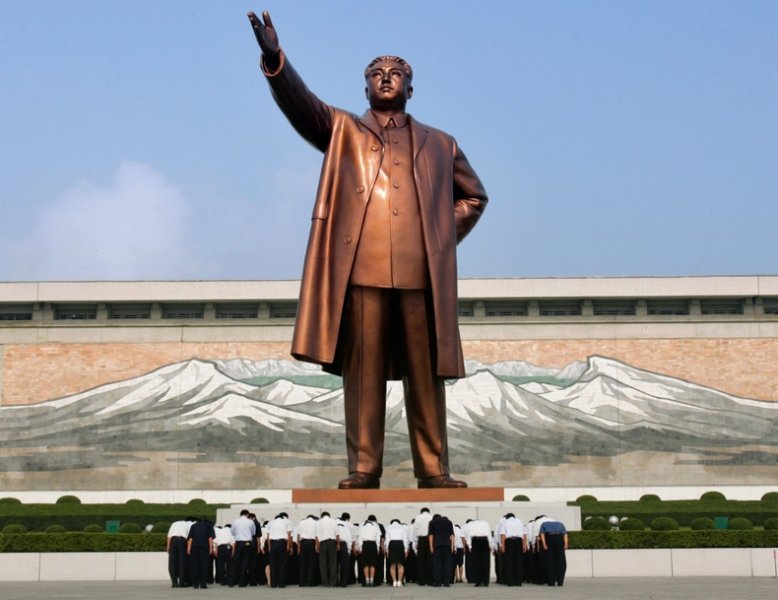 It is said that the metal for this statue was contributed by the poor people of the country, which would be about 99.9999% of them. I'm sure they were all utterly thrilled to be allowed to contribute to this iconic icon of a glorious and beloved leader. 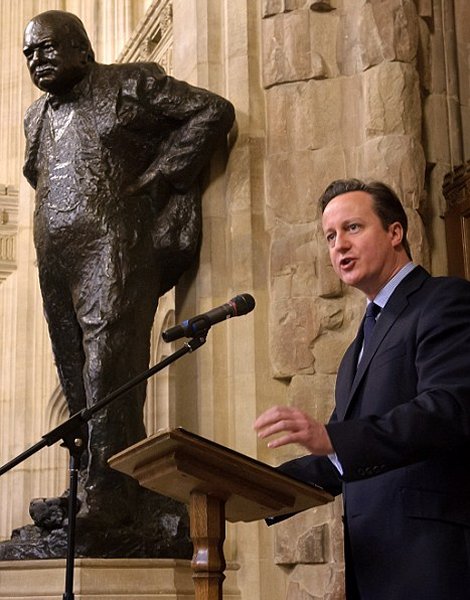 This, obviously, is the current Dear Leader of our humble country, engaged in a completely humble speech about a previous Dear Leader of altogether rather greater greatness. Naturally, the money for this more modestly sized statue was contributed by the people, although it is important to remember that absolutely none of us are poor.


Winston Churchill liked the occasional, very small, alcoholic beverage. His recipe for a Dry Martini was apparently something like this: Fill a glass with gin, and then glance briefly at a bottle of vermouth on the far side of the room. He was never drunk in public, as is well known. The Labour MP, Bessie Braddock is reported to have once said to him, "Winston, you are drunk." To which Churchill responded, "And you, madam, are ugly. But I shall be sober in the morning." Unlike Sir Winston, our Beloved Mr Cameron, seen here delivering another of his brief, entirely non-pompous speeches, has been utterly abstemious throughout his life, having never been a member of the Bullingdon Club, and definitely not joined in the smashing up of any restaurants after drinking about five bottles of champagne. In his speech, Callmedave made it completely clear that he was in no way attempting to kill off more poor people than Churchill managed to do.

Dear me, no! I am glad to have clarified this matter. Here are all the pieces of expensive metal I have been unpatriotically hoarding.