I was humbled by the huge response[1] to my earlier post, in which we saw two Dear Leaders looking at computers rather skilfully. Rather than wait for the inevitable requests for similar items, I bring you the same Dear Leaders, looking at fish. 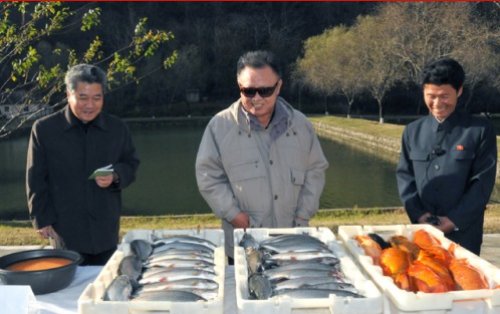 Here is the delightfully dapper Kim Jong Chap, in one of his stylish car-coats. The fish he is looking at have been fed on the diced up bodies of people he wasn't terribly keen on, which is why he is smiling. The others are smiling because they don't want to become fish food.[2] His rival in the Dear Leader stakes, meanwhile, has demonstrated his usual unerring choice of the most appropriate garments for one of his routine trips to the jolly supermarket. It's not so easy to see in this small picture, but Callmedave is explaining which fish he wants by mimicking its facial expression. This isn't easy for him, as he has only two possible positions for his lips, invisible, and sex-doll face.[3] 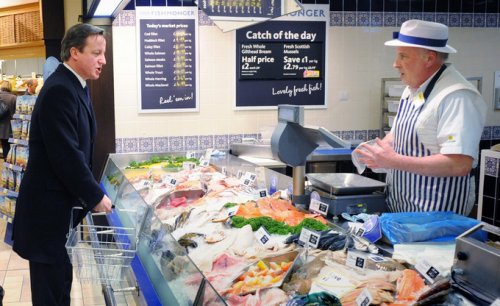