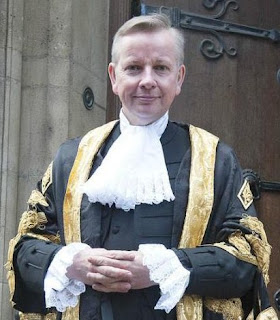 I am once again totally bloody pumped by how much fun all this is, now that we can do what we jolly well like to the country without that silly child, Clegg, slowing us down and arguing about everything. Not that we ever let him get his way, of course, though he quite often thought he had.

Didn't we have fun, George and I, choosing which jobs we would give to the oiks who hadn't been to Eton and Oxford! What were their parents thinking of? Your children will never get anywhere, if you don't buy them a better education than the peasants get. We lowered education standards for the unwashed hard-working people in our previous government by letting Gove be in charge of it.

I think people will be impressed by how rapidly Gove messes up the Justice ministry as well. We didn't give him the job because we thought he could do it, but because we wanted to make him wear ridiculous clothes!

Only the other day, I quite rightly said Lord JCB was being jolly sensible in saying we should get out of Europe as fast as possible, and he gave our Party lots of dosh. And now, all my super friends in the CBI are saying, quite rightly, that it's vital we should stay in. They are jolly sensible, and I would like them to give the Party huge amounts of moolah to help us deliver. Britain deserves the best government money can buy! 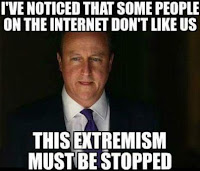 There seems to be a dreadfully negative attitude amongst many of the hoi polloi, lately. A lot of them seem to think that in spite of the huge 24% of the voters enthusiastically supporting us, the tiny 76% who were against us have some sort of right to try to get us removed from our rightful place. And that is why I am going to take away human rights from these foolish sub-humans. We can't tolerate that sort of thing! Goodness me, if we go letting any old Tom, Richard, or Harry say things online, we will soon be in a shocking mess. I must make up some sort of internet censorship system for GCHQ to use against these anarchist extremists. I'm very clever, so it will only take five minutes.