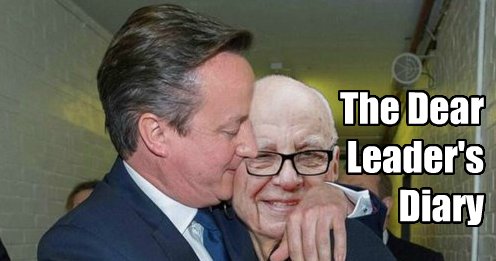 I'm getting jolly fed up with all the lazy doctors and nurses! Look, it's perfectly simple. Do as I say. Work seven days a week for less money, or start complaining. And if you do complain, I will say you are no good, and some of my friends will be given your work to do. Their companies will get more money from the taxpayer than we give the NHS, obviously. But they have to make a profit, unlike you lazy lot, so their shareholders will be happy, and their directors will be able to give money to my party, to keep us in power. And it will be your fault. So there. Enough said, that's that sorted out, and I will move on the the next thing that I have to make work perfectly.

[What the enemy says.] 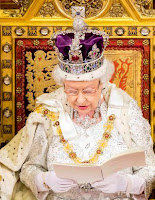 Next, I am going to get the Queen to read out a list of the things I am going to do to everyone else. After she has purred her way through that, and all the MPs have said how clever I am, and voted in favour of the Plan, we can roll up our sleeves, get bloody pumped, and charge into action against Europe.

My friend Lord Bamford, who has given my party about seven million pounds (a trivial amount for important chaps like us two, but quite helpful) has told me to get us out of Europe pronto. It turns out, he's down to his last three billion pounds, thanks to European Red Tape getting in the way, and forcing him to have silly safety measures slowing his factories down. Now, why on earth should we let Brussels beaurocrats slow down the wealth creation of dear Lord Bamford? He's got so much more than even I have, and some of that must surely be doing a wonderful job of trickling down from whatever country he keeps it in!