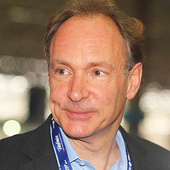 It appears that I am going to have to have something done about Sir Tim Berners-Lee, who has been going round without permission, saying that there is something wrong with my government giving itself the power to listen to all the phone calls in the country, check every web page everyone looks at, read all the texts and emails everyone sends, and everything else they ever do. Surely, this is the very least we can do, in order to prevent anyone from committing acts of terrorism? I have a God-given duty as a Christian to protect every one of the people of my country from everything they might want to do that I don't approve of. This is how I protect their freedom, and is totally non-negotiable until I change my mind.

People are still saying silly things about me winning my election victory. They are pretending that I am to blame for what they call unfairness in the First Past The Post system, which is absurd. Surely they remember that when they had the chance to choose between this fine system, that has given the country our wonderful new government, and a fairly badly thought out system selected carefully from all the much better ways of voting, they didn't choose the useless AV system? Moaning about all the other ways of doing Proportional Representation isn't going to stop me telling them they had their only chance, and now we can not change. 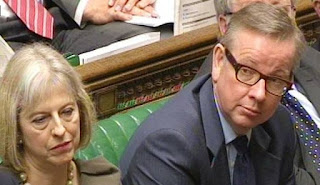 I have found out that Mr Gove and Mrs May have tricked me into seeming not to care about human rights, which of course, I do. My solution to the problem is obviously far superior to theirs. Instead of pulling out of the European Court of Human Rights, we will just give ourselves the right to ignore it, while saying human rights matter very much to us. That will make everyone happy.